Possibly the best reel oil on the market.

Yellow Label was the first in the TG Developments range which was discovered and developed for use initially with the centrifugally braked ABU Ambassadeur 6500CT and other models in the 5000, 6000 & 7000 ranges by Tony Gittins in 1987.

Similarly sized reels from other manufactures such as those from Daiwa, Dam, Shimano, Penn etc., also saw dramatic improvements in their performance when using Rocketfuel. Subsequent technical developments, such as magnetically controlled braking systems, and ceramic Rocketbearings have created a need for a greater variety of products, which allow the individual user to maximise their potential with liquid control.

Following on from the success of the Original Yellow Label, TG Developments identified a need for a lubricant with a higher viscosity, which was needed to control the new generation of magnetically controlled Multipliers as the spool on this style of reels was still over-running with Yellow Label.

The result of which was Red Label, a lubricant which maintained all of the winning attributes of it’s thinner cousin but was of a higher viscosity in order to still be able to enjoy liquid control. Red Label also performs the same miracles as the Original, when applied to larger sized centrifugally braked reels such as the ABU 8000/9000.

Tournament Formula was created to satisfy the demand from Tournament Casters who wished to run their magnetically controlled reels as quickly as possible.

Yet again the same formulation, but ultra-high viscosity as our other products, for use on fixed-spool/big-game reels, and for the gears on smaller sized reels.

Designed to supersede ordinary grease (the stuff that comes like toothpaste!) This product is also brilliant for casters just starting out using Multipliers.

A great confidence builder, helps remove any fear of the dreaded birds-nest! 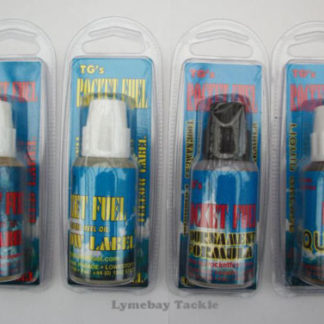